One of the prizes

Just wanted to give a quick reminder, there’s still time to sign up for the Anniversary Giveaway! The contest will officially close at midnight (Central time) on January 31st. The winners will be announced on February 1st in a separate post from the giveaway post. Check back on February 1st to see if you’ve won!

PS all of those knitting tips have been spectacular! I’ve wanted to respond to all of them, but I don’t want to skew the numbers later on. I’ve learned a lot from all of you already!

Have a wonderful day!

Last night when I got home from going with my brothers to see Rock of Ages (third time, yes!), I walked into a miserable house. Husband had turned off the air conditioner when he left for work, and by the time I was home, the house had reached 90 degrees. 90 degrees! This is one of those moments when I muttered (and always do), “I hate Texas.”

END_OF_DOCUMENT_TOKEN_TO_BE_REPLACED 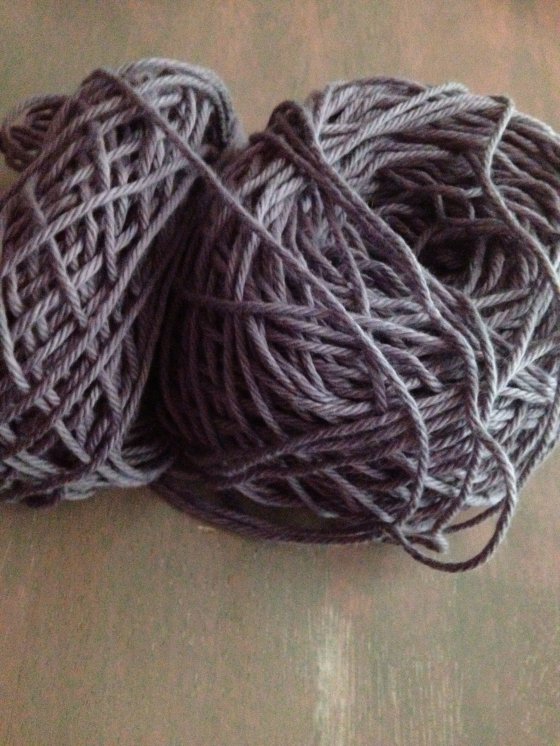 What’s left after the project: 1 full skein and about 1/4 of one

I thought I’d take a moment to review the yarn I’ve been working so much with lately: Comfy. After all, with thousands of stitches now under my belt with the shawl (which is blocking right now, yay!), I’ve had a lot of time to become intimately acquainted with the yarn.

END_OF_DOCUMENT_TOKEN_TO_BE_REPLACED 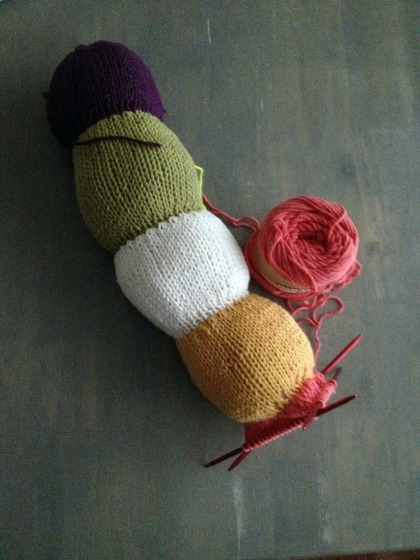 I love the tangerine colour!

Well I did it. I made progress. It would seem smoothing out some of the chaotic parts of my life has helped me refocus my energies a bit more. I’ve been completely stressing out over a lot of small things and a couple of really big things. I developed a system that’ll work at work yesterday, managed to pull together ingredients to make chicken broth in the slow-cooker, and even cleaned the house (a little). After that, I knitted. Something must’ve clicked back!

END_OF_DOCUMENT_TOKEN_TO_BE_REPLACED 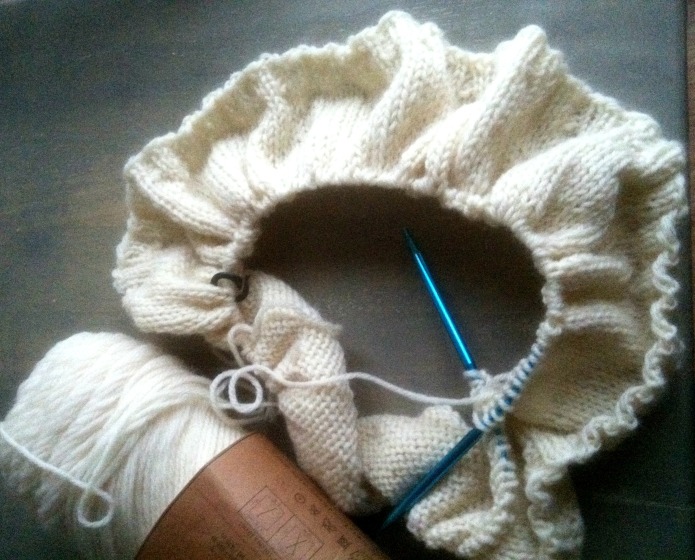 Last night I did it! I finished my blue, toe-up cotton socks! They’re oh-so cozy and comfy, and I’m completely hooked. Something about hand-knit socks is so much more wonderful than regular socks.

END_OF_DOCUMENT_TOKEN_TO_BE_REPLACED 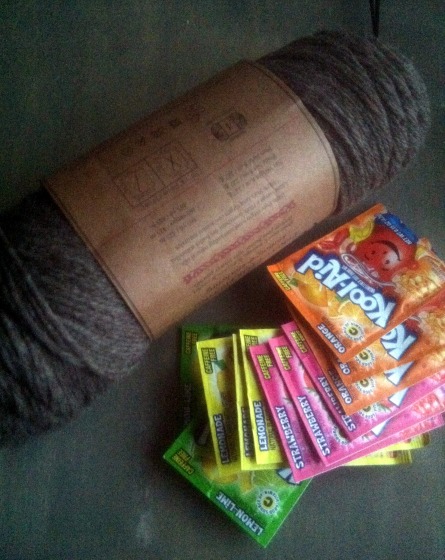 What do Lion Brand Fisherman's Wool and Kool-Aid have in common?

END_OF_DOCUMENT_TOKEN_TO_BE_REPLACED 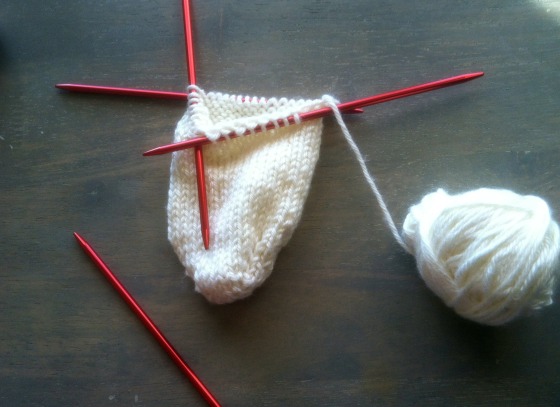 Yesterday afternoon, I decided to get started on my fourth toe-up sock attempt. That may be being a bit generous. The actual number is probably quite higher. Anyway, I brought yarn and needles to work and cast-on (twice). I think I confused my intern, who walked in as I was working my third row. No one has seen me knit at work (although I’m sure they all know I do occasionally during my lunch hour).